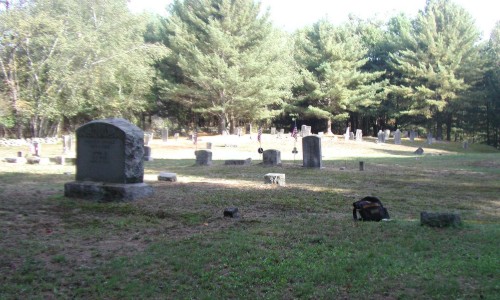 Town of Hope, on Hope Falls Rd., one-quarter mile north of junction of roads from Hope and Hope Valley, west side of road.

Notes: Though no marker is found, according to their death certificates, Ira Bennett (1834-1908) and his wife Emma Akeley Bennett are both buried in this cemetery.

Original Reading performed by NYS D.A.R., about 1964, with corrections and additions